APCA – Portuguese Association of Automatic Control is a scientific and technical association, nonprofit, private nature, whose aim is to promote and stimulate teaching, scientific research and technological development in the field of automatic control and instrumentation, in Portugal. APCA was founded on December 5, 1994, and currently has over 150 registered members.
APCA is directed by a Steering Committee, whose members are elected every two years. The election of the members of the General Meeting, the Executive Committee and the Audit Committee is by secret ballot, direct and universal. Existing Bodies of APCA took possession after the last election that took place on July 17, 2012.

APCA organizes every two years an international conference “Portuguese Conference on Automatic Control – CONTROLO’xxxx”. Conferences CONTROLO’xxxx had its genesis in designated “1st Portuguese Conference on Automatic Control – CONTROLO’94” held between 14 and 16 September 1994 at the Instituto Superior Tecnico. This first meeting, even nationwide, had the merit of bringing together the Portuguese scientific community, research groups and industry, who performed work in the area of ​​automatic control. Since then, conferences CONTROLO’xxxx, now international in scope, have been held across the country currently attracting a significant number of participants. This event is essentially an important forum for the presentation of research work and development in the area of ​​automatic control, with the last editions showing a considerable industrial participation.

APCA currently has more than 150 members. If you are interested in becoming an APCA member we would be delighted to welcome you! 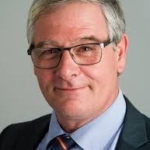 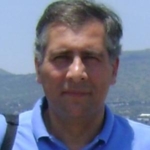